Please only use digits without any currency symbol.If you allow guests use of your kitchen please indicate this here.Do you allow eating or drinking in your room?Please indicate if you have pets in your homestay and/or if pets are allowed.If you have a maximum number of days/nights for which you can accommodate a guest please enter it here.

If you have no maximum then do not enter anything.Enter the description of the service here. But very clear with your description to avoid any misunderstanding.

For example, Price is per week for the duration of your stay or Price is for single airport transfer, etc.Enter the price for the service here.

For example, Packed Lunch, Full Board, Airport Transfer, etc.If you offer additional services such as packed lunch, full board, etc. you can add them here.If Google has placed the Map Pin in the wrong place for your address you can move it manually here.

You will notice that the Longitude and Latitude below will change as you move the pin.This field should be automatically completed if you have selected your address from the list of Google suggestions.

For example, Ireland, etc.This field may be automatically completed if you have selected your address from the list of Google suggestions, however this is not always accurate and may be something generic such as Northside.

If it is incorrect or not completed you can enter it here manually.

For example, Glasnevin, Santry, etc.This field should be automatically completed if you have selected your address from the list of Google suggestions.

If not you can enter it here manually.This field should be automatically completed if you have selected your address from the list of Google suggestions.

For example, County Dublin, County Meath, etc.This field should be automatically completed if you have selected your address from the list of Google suggestions.

For example, Dublin 13, Dublin 7, etc.Please select the type of bed for this listing.

For example No visitors after 10pm, No shoes worn indoors, or any other rule.Do you allow smoking in your homestay?Enter the minimum number of nights you wish to offer hosting. For example if you don't want to accept bookings of less than four weeks enter 28 here. Use digits only.

If you don't have a minimum number for this listing, don't enter anything here.Enter your cancellation policy here.

Once you select an option all other fields will be completed automatically.

If Google cannot find your address you may enter it manually by completing the fields.Select any of the Educational Institutions shown below which are within a 45 minute commute of your home.Select all of the public transport options which are close to your home.Select any of the transport options which apply from the categories shown.Upload photos of your room here.

Guests rely on photos for making their decision so the better the quality the more interest your listing will generate.If you have a video of your room or an introduction from yourself, add the details here.You can add any additional services you offer here.

For example you may offer a packed lunch, full board, airport transfer etc.Enter the amount per night which is used for calculations.

This is the amount which will be used for calculating the booking total.

Use numbers only (no currency symbol).Please enter the amount per week you wish to achieve for your listing.

Enter a number only (no currency symbol), e.g. 145If you accept interns and/or workers, please select a category.

If you don't accept interns or workers don't select any option.Do you accept couples or families? If so, select option below.

If you don't accept couples or families don't select any option.Please enter a contact number so that Room For Rent can call you regarding booking requests.

This number will not be visible to, or provided to, potential guests.If you only wish to host female guests select Female

If you only wish to host male guests select Male

You must select an option.Enter the type of bathroom. e.g. Ensuite, Shared Bathroom etc.Enter the total number of beds in this room.

If there is only one bed in the room enter 1

If there is more than one bed in the room enter the total number.

Enter a number only.Enter the maximum number of guests you can accommodate for this listing.

Examples:
1
2
1 or 2 (e.g. if you have a twin room and are happy to accept either 1 or 2 guests)Select which category best fits your room.

Choose from Private Room, Shared Room or Entire Place.Enter a detailed description of your listing.

The more information you add the more likely a guest is to click on your homestay.Enter a catchy title for your room, e.g. Spacious Double Room, Quirky Attic Room, etc.

This is what potential guests will see when browsing listings so make it attractive.Please select the type of bed for this listing. 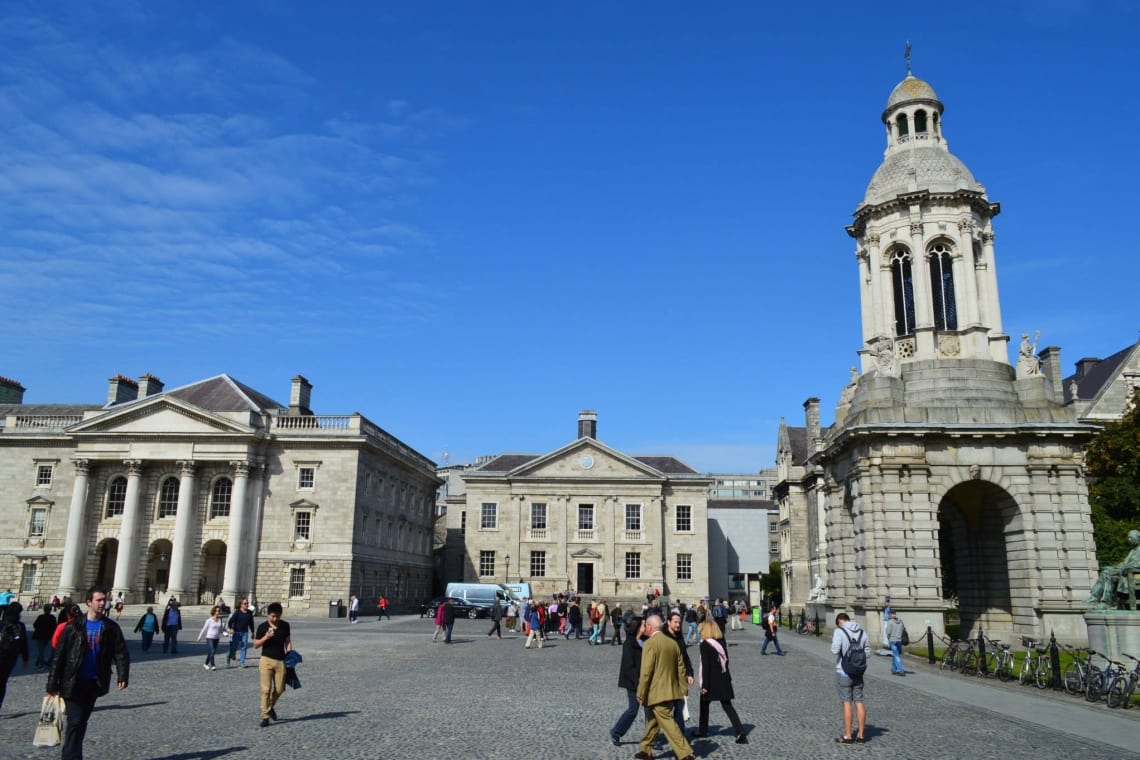 When in Dublin you should take the opportunity to take a stroll through the grounds of 16th century Trinity College. Your visit can range from an hour or less up to a full day and there is no charge for entry. Trinity college is the alma mater of many renowned individuals including, Oscar Wilde, Jonathan Swift, Bram Stoker, Samuel Beckett, Wolfe Tone and Percy French.

Most students of the college (undergraduates especially) never walk underneath the Campanile, as the tradition suggests that if the bell rings while they pass under it, they will fail their annual examinations. This is negated only if they touch the foot of the statue of George Salmon within five seconds of the bell ringing.

Trinity College has a relaxed educational atmosphere despite its location in the centre of Dublin (and despite its being one of the most significant tourist attractions in Dublin). This is, in large part, due to the compact design of the college, whose main buildings look inwards and are arranged in large quadrangles (called squares), and the existence of only a few public entrances.

The main college grounds are approximately 190,000 m2 (47 acres), including the Trinity College Enterprise Centre nearby, and buildings account for around 200,000 m², ranging from works of older architecture to more modern buildings. The main entrance to the college is on College Green, and its grounds are bounded by Nassau and Pearse Streets. The college is bisected by College Park, which has a cricket and rugby pitch.

The western side of the college is older, featuring the iconic Campanile, as well as many fine buildings, including the Chapel and Examination Hall (designed by Sir William Chambers), Graduates Memorial Building, Museum Building, and the Rubrics, all spread across College’s five squares. The Provost’s House sits a little way up from the College Front Gate on Grafton Street, one of the two principal shopping streets in Dublin, while its garden faces into the college. The Douglas Hyde Gallery, a contemporary art gallery, is located in the college as is the Samuel Beckett Theatre. It hosts national and international performances, and is used by the Dublin International Theatre Festival, the Dublin Dance Festival, and The Fringe Festival, among others. During the academic term it is predominantly used as a teaching and performance space for Drama students and staff.

The eastern side of the college is occupied by Science buildings, most of which are modern developments, arranged in three rows instead of quadrangles. In 2010, Forbes ranked the it as one of the 15 most beautiful college grounds in the world.

The Book of Kells which dates back to the 9th century is an exquisite and lavishly decorated copy of the first four gospels in Latin and is the most famous manuscript in the Library of Trinity College Dublin where it is permanently on display. Even after such a long time, the grandeur and aura of this historical book has not diminished and evokes much passion among all those who witness this historical spectacle.

The Book of Kells is kept in a low-lit gallery with only two pages displayed at a time, although they are turned after some period. Visitors to Dublin come pouring in from all parts of the world to have a glimpse of this historical script. There is a charge to view the Book of Kells.

The National Museum of Ireland 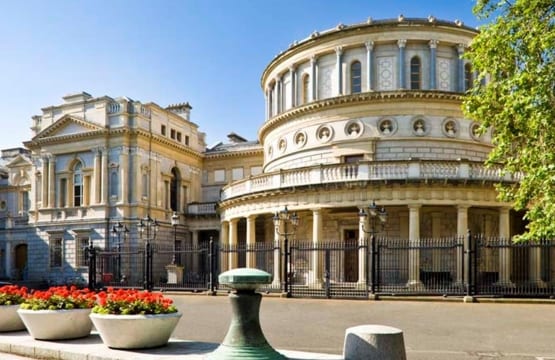 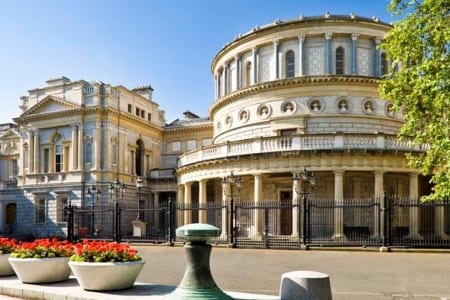 The National Museum of Ireland

The National Museum of Ireland is Ireland’s leading museum institution, with a strong emphasis on national and some international archaeology, Irish history,…

Please enter your username or email address. You will receive a link to create a new password via email.

You can find out more about which cookies we are using or switch them off in settings.

This website uses cookies so that we can provide you with the best user experience possible. Cookie information is stored in your browser and performs functions such as recognising you when you return to our website and helping our team to understand which sections of the website you find most interesting and useful.

Strictly Necessary Cookie should be enabled at all times so that we can save your preferences for cookie settings.

If you disable this cookie, we will not be able to save your preferences. This means that every time you visit this website you will need to enable or disable cookies again.